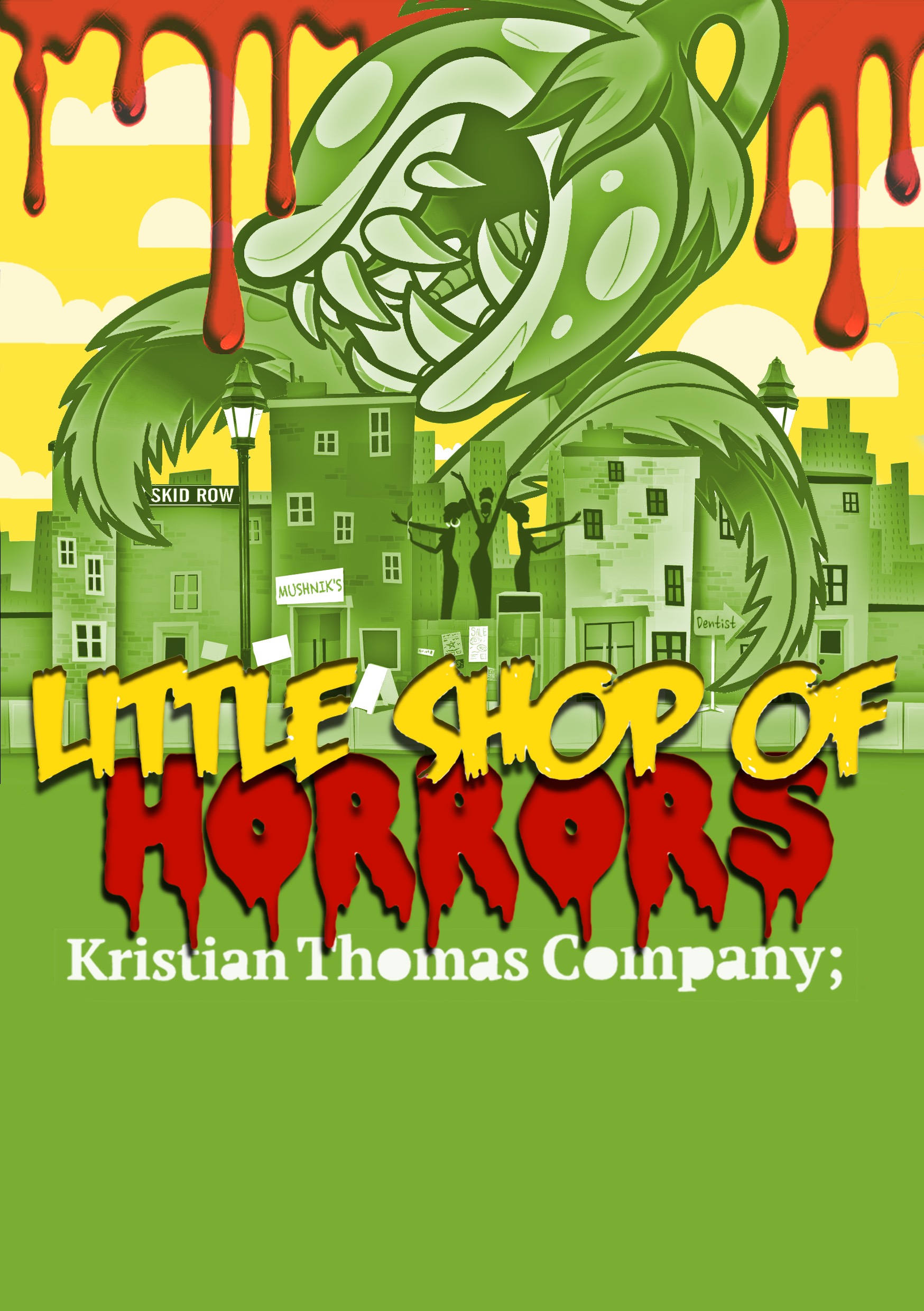 On 21 September, not so long ago, creatures from outer space invaded our galaxy intent on world domination. Some of them took the form of plants. Seymour purchased one of the plants and brought it back to Muschnik florists shop on Skid Row where he worked. He tended the plant lovingly naming it Audrey II after his fellow assistant, Audrey.

Audrey II proves to be a draw in the shop which starts to attract many visitors. The major problem, however, is that Audrey II’s food happens to be blood – fresh blood! As the plant starts to grow, so does its appetite and its demands.

Audrey has a sadistic boyfriend, a dentist Orin, who regularly appeases his sadistic desires on Audrey, who realises that she really does have a friend in Seymour.

Seymour has been feeding Audrey II with his own blood but is gradually growing weaker as the plant’s appetite increases. In exchange for fresh blood, Audrey II says he will grant Seymour’s hearts desire. He wants to wrest Audrey away from Orin who he goes to visit. Orin overdoses himself on laughing gas which he sniffs regularly to achieve a high – Audrey II, however, has her first human victim.

Muschnik begins to suspect the worst and thus becomes the second victim when he stumbles on the secret of Audrey II’s growth. By this time Audrey II is growing rapidly and entraps Audrey. Seymour rescues her yet Audrey is now dying of malnutrition. Seymour tells her the whole story of Audrey II and her victims. Audrey wants to join them – and does. Seymour is visited by a representative of World Botanical Enterprises (W.B.E.) as they wish to propagate Audrey II. When they’ve gone, Seymour tries to kill off the bloodsucking plant but is pulled into its heart. The representatives from the W.B.E. return and take their cuttings. World domination looms – here come Audrey II, and III and IV and…